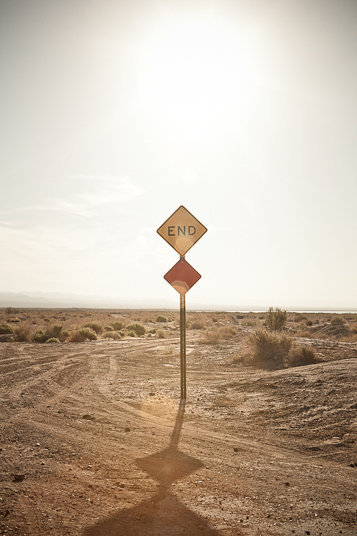 In the 1950's real estate developers attempted to turn the Salton Sea into a "Palm Springs by the water". After the roads were all paved, the yacht club built and the infrastructure established the lake began having their pesky fish carcass problem. Lots were never sold, leaving behind a ghost town of sorts.